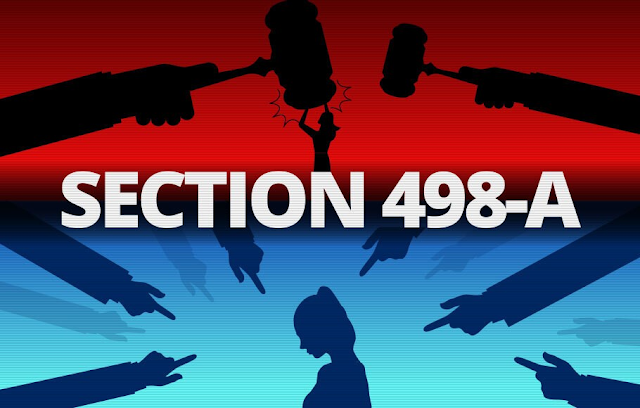 There is a phenomenal increase in matrimonial disputes in recent years. The institution of marriage is greatly revered in this country. Section 498A of the Indian Penal Code was introduced with the avowed object to combat the menace of harassment to a woman at the hands of her husband and his relatives. The fact that Section 498-A is a cognizable and non-bailable offense has lent it a dubious place of pride amongst the provisions that are used as weapons rather than shields by disgruntled wives. The simplest way to harass is to get the husband and his relatives arrested under this provision. In a quite number of cases, bed-ridden grand-fathers and grand-mothers of the husbands, their sisters living abroad for decades are arrested.

Section 498A in The Indian Penal Code

(a) any wilful conduct which is of such a nature as is likely to drive the woman to commit suicide or to cause grave injury or danger to life, limb, or health (whether mental or physical) of the woman; or

The Supreme Court endeavored in its judgment (Arnesh Kumar vs. State of Bihar (02.07.2014 - SC) to ensure that police officers do not arrest accused unnecessarily and Magistrate do not authorize detention casually and mechanically and thus gave the following directions –

(1) All the State Governments to instruct their police officers not to automatically arrest when a case Under Sec 498A of the Indian Penal Code is registered but to satisfy themselves about the necessity for arrest under the parameters laid down above flowing from Section 41, Code of Criminal Procedure;

(2) All police officers be provided with a checklist containing specified sub-clauses Under Section 41(1)(b)(ii);

(3) The police officer shall forward the checklist duly filed and furnish the reasons and materials which necessitated the arrest while forwarding/producing the accused before the Magistrate for further detention;

(4) The Magistrate while authorizing detention of the accused shall peruse the report furnished by the police officer in terms aforesaid and only after recording its satisfaction, the Magistrate will authorize detention;

(5) The decision not to arrest an accused, be forwarded to the Magistrate within two weeks from the date of the institution of the case with a copy to the Magistrate which may be extended by the Superintendent of police of the district for the reasons to be recorded in writing;

(6) Notice of appearance in terms of Section 41A of the Code of Criminal Procedure be served on the accused within two weeks from the date of institution of the case, which may be extended by the Superintendent of Police of the District for the reasons to be recorded in writing;

(7) Failure to comply with the directions aforesaid shall apart from rendering the police officers concerned liable for departmental action, shall also be liable to be punished for contempt of court to be instituted before High Court having territorial jurisdiction.

(8) Authorising detention without recording reasons as aforesaid by the judicial Magistrate concerned shall be liable for departmental action by the appropriate High Court.

Similarly, the Hon’ble Supreme Court in R.P. Kapur v. State of Punjab AIR 1960 SC 866 summarized some categories of cases where inherent power can and should be exercised to quash the proceedings:

(i) where it manifestly appears that there is a legal bar against the institution or continuance of the proceedings;

(ii) where the allegations in the first information report or complaint taken at their face value and accepted in their entirety do not constitute the offense alleged;

Thus there are various safeguards in place to prevent the misuse of section – 498 A of the Cr.P.C. as such malicious criminal trials lead to immense suffering for all concerned. Even ultimate acquittal in the trial may also not be able to wipe out the deep scars of the suffering of ignominy.

Popular posts from this blog

Finishing Math Homework - Help When You Need It 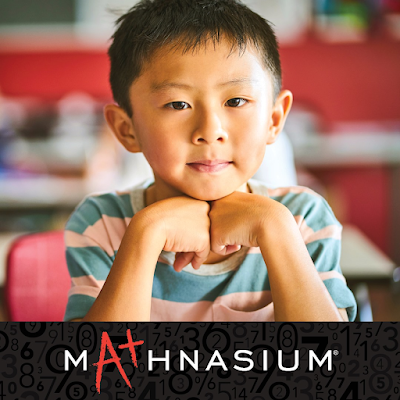 Most children often get butterflies when they hear the word "math," although there is a concrete reason for it. It is because, undeniably, mathematical ideas are hard to understand. After all, they are so complicated. Needing math help is very common, and yes, we've all been there. To improve your math skills and understand essential ideas, first, you must train regularly. Then, to ensure that your kid obtains the knowledge they need, you should encourage your child to do the schoolwork. However, with all the school activities, sporting events, and other coursework taking up so much time, it's not easy to finish schoolwork quickly. Hectic, isn't it? Well, now is not the time to stress out because we got your back! In this blog, we will share techniques and tips on how you can get things done within your schedule. In addition, we have laid out some of the best options you may have to help you get your math homework done. Getting a private tutor We've all had t
Read more 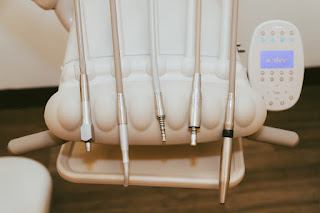 Oral sedation is one of the most common forms of sedation dentistry offered in Calgary. Many patients find that taking a pill to ease their anxiety prior to a dental visit helps them to overcome physical and emotional roadblocks that make dental treatment a challenge. If you have fear, anxiety or discomfort when going to the dentist in Calgary , sedation dentistry may be for you. A mild sedative can make a huge difference in your experience and ability to withstand the entire dental visit, whether you require a routine cleaning or if you need to have extensive work completed. Sedation dentistry in Calgary can be used for patients with different needs such as: ●      Sensitive teeth ●      Low pain threshold ●      Patients that need a large amount of dental work in one visit ●      Sensitive gag reflex ●      Patients that have difficulty sitting still in the chair ●      Previous traumatic dental experiences If any of these concerns have kept you from visiti
Read more

The Importance of a Math Tutor for your kids at home

There’s no doubt that it’s hard to see your child struggling with their math work. When your child comes home from school upset about a bad grade on a test, or even just a rough day in math class, all you’re going to want to do is help!  While providing help for your child at home has many benefits, it’s tough as a parent to assess and provide your child with the exact assistance they need. There are so many great at-home options out there, however, not all of them are specifically trained to teach math! That’s why hiring an online math tutor is an awesome way to help your child exactly where they’re struggling. Doing research is one of the best ways to seek information on great math tutors, and will also allow you to understand the importance of a math tutor for your kids at home.  A benefit of having a math tutor for kids is one-on-one attention. While in-class instruction is great, it doesn’t always offer direct help to your child’s specific needs. Does your child struggle with un
Read more